Appalayagunta is Small village in chittor district. Very precious and divine place. There is lord sri venkateswara swamy temple. As per Hindu mythology, Lord Venkateswara married goddess Padmavathi in Narayanavanam and then climbed Tirumala. On the way to Tirumala, he visited Lord Shiva temple at Kailasanatha Kona and blessed the saints there. He then left for Vemula Konda (The hill of Yogis). In Vemula Konda, to fulfill Siddheswara muni’s wish, Sri Venkateswara promised the saint that he will stay there and bless the devotees. Siddheswara muni placed the Lord’s idol down the hill, built a temple and named the Lord there as “Prasanna Venkateswara ”

Appalayagunta Lord Balaji Temple, Prasanna Venkateswara Swamy temple is located at a distance of about 16km, from Tirupati. This temple has its uniqueness with the presence of the presiding deity of Lord Sri Prasanna Venkateswara Swamy in ‘Abhaya Hasta Posture’, which is considered the ultimate blessing posture. The Lord’s blissful posture is pleasant and rewarding for a devotee who wants to divulge deep into the Swami’s realms. Sri Prasanna Venkateswara Swamy temple was constructed in 1232 AD by King of Karvetinagaram, Sri Venkata Perumalaraju Brahmadeva. It is considered as an ancient temple. which comes under Vadamalapeta Mandal of Chittoor District. The preceding diety is Standing and facing east and Unlike other typical Venkateswara temples the deity, his right hand in Abhaya posture and left hand in Kati posture.

Appalayagunta Temple, the abode of Sri Prasanna Venkateswara Swamy. The presiding deity of the temple is in Abhaya Hastha Pose(Blessing Hand). The auspicious annual festival of the temple is Srivari Brahmotsavams. It is celebrated for a period of 9days in the month of Jyestha in every year. TTD along with HDPP organizes cultural programs like Burrakath(బుర్ర కథ), Tholu Bommalata(తోలు బొమ్మాలాట) , Harikatha(హరి కథలు) etc., during this mega religious fete at Appalayagunta Temple.

Lord Venkateswara Swamy Appalayagunta place graced the conglomeration of Sri Siddeshwara and other sages on the occasion of his marriage. As the temple was the place for the Lord’s union with his consort Sri Padmavathi Ammavaru, here he is considered the most pleasant and granting. The pilgrims believe that a glimpse of this Lord will fulfill wish since the Lord is in Abhaya Hasta posture. Another important feature of this ancient temple is the presence of Lord Vayu –wind God who liberates devotees suffering from chronic diseases. It is believed that here, he blessed the saints who witnessed his marriage with Goddess Padmavathi and hence his hands are in a blessing posture. Goddess Padmavathi and Goddess Sri Andal are the consorts of Sri Prasanna Venkateswara Swamy in this temple and there are two temples dedicated to these deities in the temple complex.

Prasanna Venkateswara Swamy Appalayagunta temple was constructed by the King of Karvetinagaram, Sri Venkata Perumalaraju Brahmadeva Maharaj in the year 1232AD and consists shrine of Lord Anjaneya Swamy located opposite to the temple. The temple also contains idols of Goddess Padmavathi and Smt Andal Devi within the temple. This temple was taken over by TTD in the year 1988 and all the rituals are as per the tenets of Vaikhanasa Agama. Offering Tickets Booking Services for darshan. Devotees can book for Seva well in advance through our official website tirupatibalaji.ap.gov.in

Every Month on the day of Sravana Nakshatram Performing Kalyanotsavam. TTD Brahmotsavam time files same time as per TTD Calendar 2022. Kalyanotsavam will be performed to the Utsava deities.

There is a cave in Siddheswara hill. Long ago, the kings of Karveti Nagara took a hiding in that cave during invader’s attack since then that cave has been named as “Doralu Dagina Konda” (King’s hiding cave).

As per the local people’s narration, the sword present in that cave cannot be pulled out of its hole, no matter how strong you try to pull it out. Until the recent times, Utsavams have been held for this intriguing sword.

Based on the scripture evidence, we can say that the Prasanna Venkateswara temple was built by the Karveti Nagara Kings. A big pond in front of the temple was also built, along with the temple, which is still the biggest pond in this region. 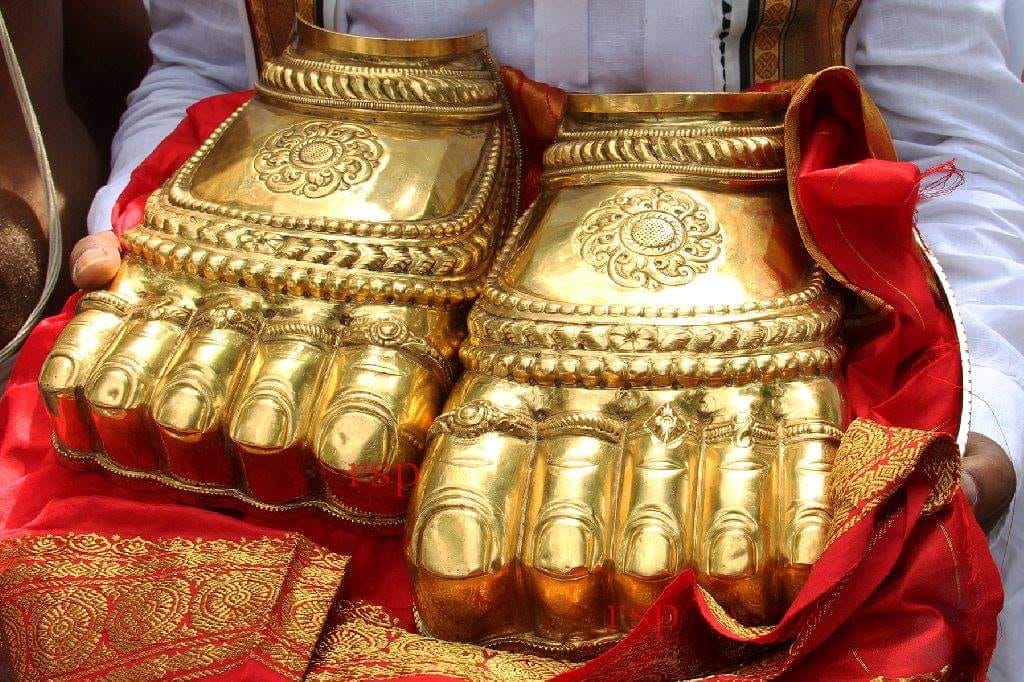 Reason for the Name Appalyagunta

While constructing it, daily hundreds of servants were called for work and the wages were paid to all of them at the dusk, not going into debt with them. Some say that that is how this pond got its name as “AppalayaGunta”.

According to the local records, it is named as “Amruta Sarovaram”. In Tamil language “Amrunda” means “No Debts”. A few others say the pond got its name from “Appalayya”, a local officer who supervised its construction.

The village situated at the front side of the pond is also named as “AppalayaGunta”.

As the financial situation of the administrators of Karveti Nagara became seriously ill even before the completion of this pond, its construction was left incomplete. This pond is also called “Padma Sarovaram”.

But, since they were the trustees of the temple, they made “Annayya Gunta” or “Ayyanna Palli” village as the property of the temple. But over the time, only the annayyagunta village remained and all others were exhausted.

Tickets can be purchased a day in advance or on the same day of the seva Kalyanotsavam seva is meant for couples only. Children under 12 years can join with their parents with no extra ticket. Online booking is not available.