Kaleshwaram is the site of the famous Shiva temple called “Kaleswara muktheswara swamy”, Kaleswaram is located exactly at the merging point of the River Pranahita (tributary of Godavari) and the Godavari River.

The specialty of Shiva Temple in Karimnagar

Kaleshwara Shiva Temple is the most iconic aspect in this ancient temple is the presence of two Lingams holding on to a single pedestal or the Panavattam. duel presence of Lord Shiva or the Mukteshwara and the other is the Lord Yama or Kaleshwar temple gets its name Kaleshwara Mukteswara Swamy mandiram name. The two Shiva Lingams on a single pedestal or Panavattam gives uniqueness to the temple. clear view appearance from side by side. One of the Lingams belongs to Lord Shiva (Mukteswara) and the other belongs to Lord Yama (Kaleshwara). 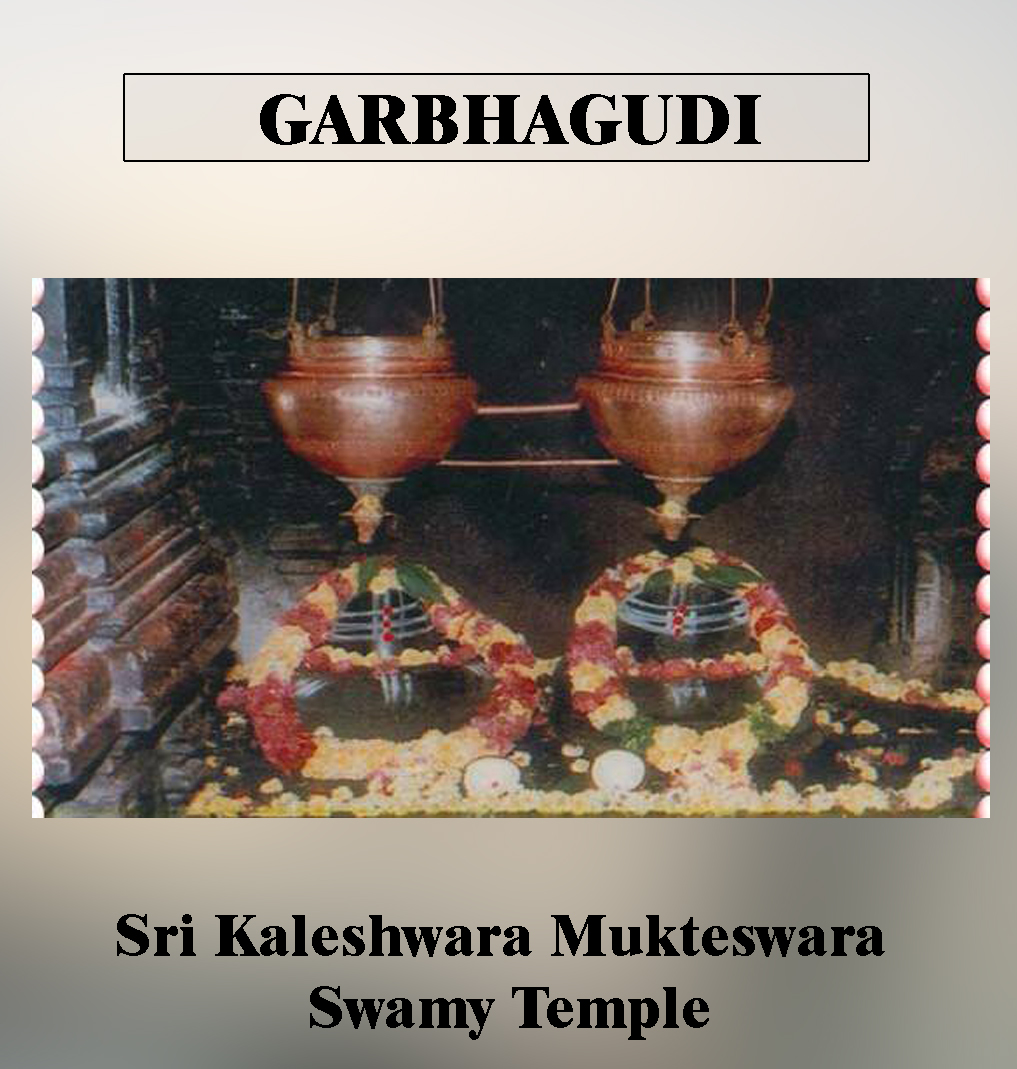 Kaleswaram, is one of the places of the three Shiva temples mentioned in Trilinga Desham after Darksharama, Srisailam Mallikarjuna swamy temple it connected to story. Kaleshwaram river place is also called Dakshina Triveni Sangamam, as two rivers meet here along with third illusionary flow of Antarvaahini. History speaks about long time back one Vaishya has performed abhisheka to Kaleswara Mukteswara with hundreds of milk pots and the milk evolved at the sangamam of Godavari and Pranahita. Hence the name Dakshina Gangotri.

Telangana Kaleshwaram Temple is one of the historical temple, and ancient temples in Telangana State. Kaleshwara Shiva temple is established and built by Rajaiah and Satyavati Devi Daram. The significance of Kaleshwaram is two Lingas on a single pedestal. One of the linga is Lord Shiva, and the other is Lord Yama, the deity who orders upon the death of mortals and time. As so the name Kaleshwara (Lord Yama) and Muktheshwara (Lord Shiva) came into existence.

Lord Shiva determines the end of our life cycle and commands Lord Yama to end the mortal life as per the life cycle. People were attaining salvation and causing an imbalance in nature. Lord Yama worships Lord Shiva to retain the life cycle. Thus, Lord Shiva was pleased with the prayers of Lord Yama and asked to install the Muktheshwara linga next to Kaleshwara linga on a single pedestal. It is believed that devotees who prayer lord Shiva here will attain moksha, relieved from the birth cycle. Lord Shiva after knowing the wish of Lord Yama said to install a Ling on your name beside Mukteeshwara ling(Lord Shiv). From now you visits Kaleshwaram and had darshan of Kaleshwara ling(Yama) will get salvation. 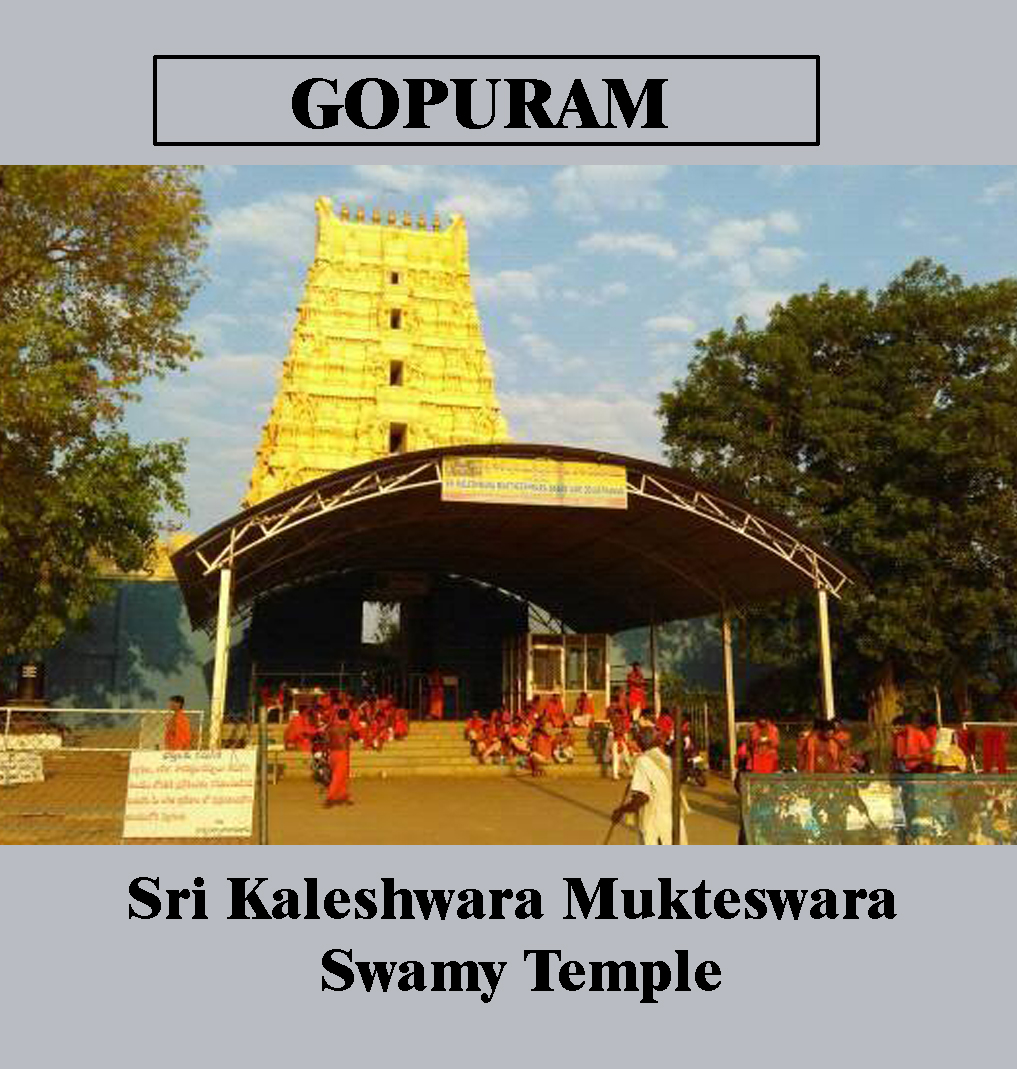 Importance:
The Linga comprises of a hole that is never full even when liters of water is poured into it. However it is assumed that an underground passage leading to the Godavari never allows the hole to be completely full. Still the temple remains a topic for spiritual legends.

Kings of Kakatiya developed many temples, in recent years Telanagan state government investing crores of amount for making many architectural renovations. For beautification, accommodation services, telangana government spent many crores. to save old architecture of the kaleshwaram temple, some of renovated pieces not touched yet. we can observe entrance of the temple with huge staircase. Temple walls appereance signs of buddist rituals and traditions being followed years back. Some inscriptions and sculptures on wall represents surya, matsya and brahma. There are also hints of the Kakatiya architecture on the temple walls and other parts of the temple. 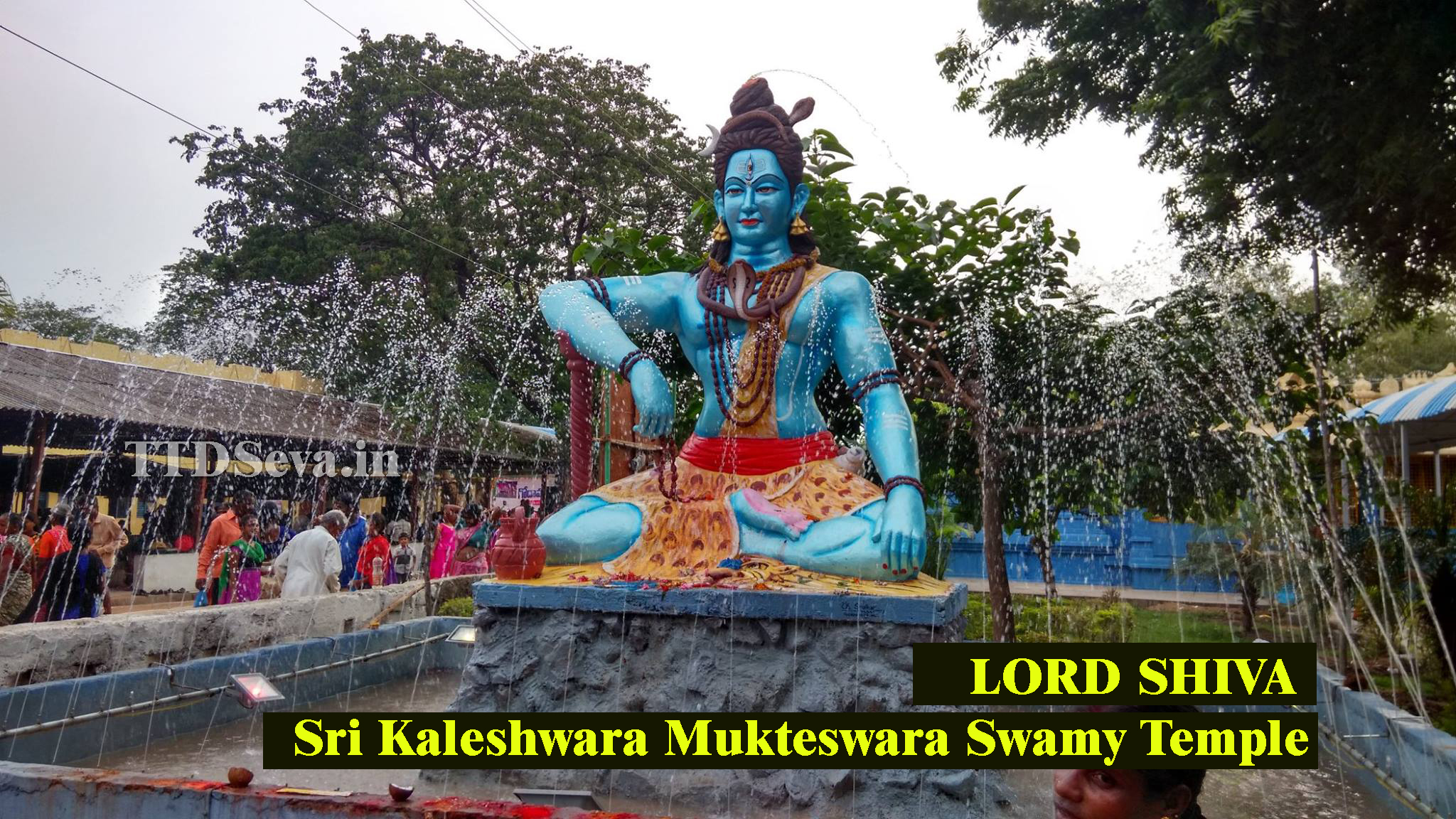 Pushkaralu is an Indian festival celebrated to worship the holy rivers in India. It is observed once in every 12 years alongside 12 rivers. People from different places in the country visit the sacred rivers and takes a bath. They also perform the pooja alongside streams. Godavari River in Kaleshwaram draws the massive crowd at the time of pushkaralu. 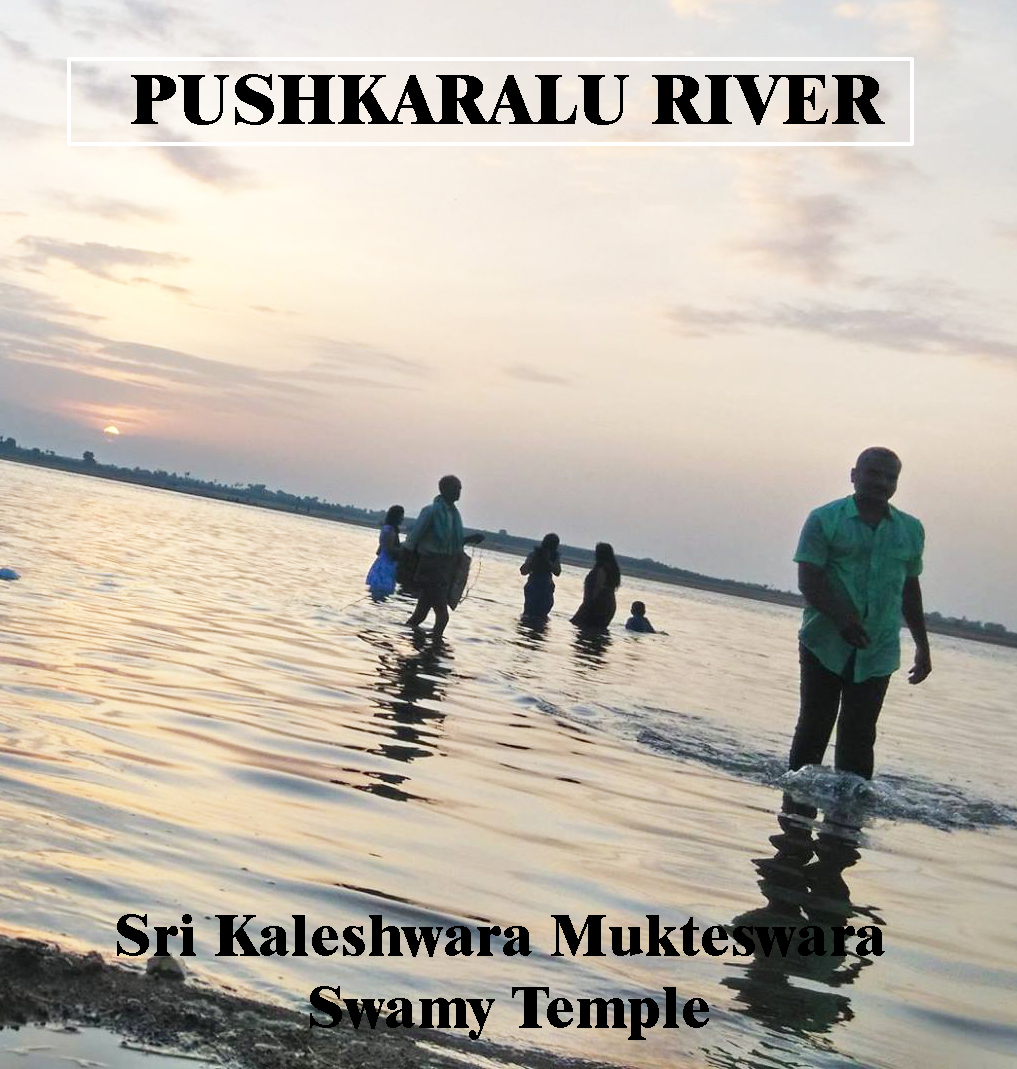 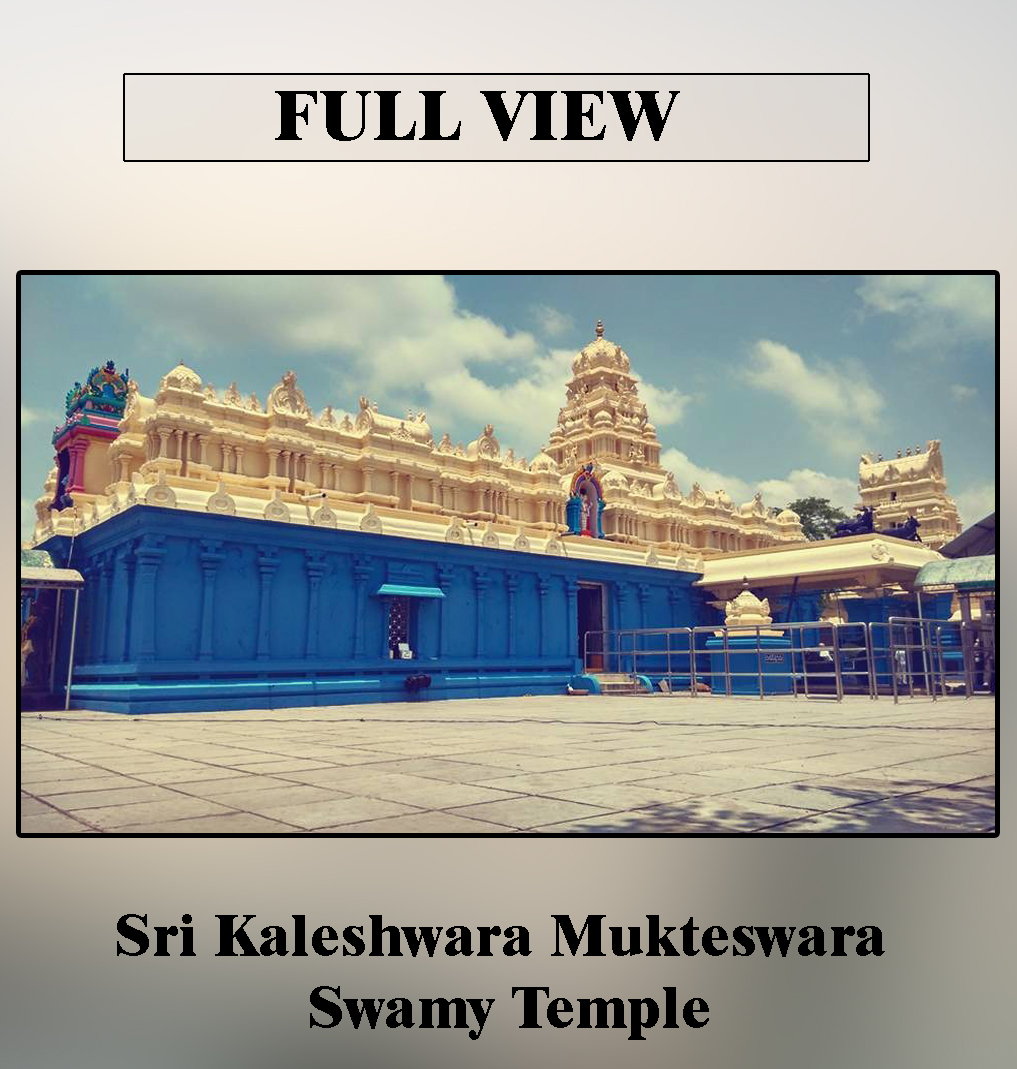 Kaleshwara Temple also has the well furnished accommodation rooms available for the devotees.

How to Reach Kaleshwaram Shiva Temple

What is Nearest Hospital in Emergency Purposes ?

Where is Kaleshwaram Temple ?

How to reach Kaleshwaram Temple:

Any Nearby Tourist Places ?