Sri Chaya Someswara Temple is also known as the Thrikutalayam. Located in panagal, nalgona district. famous shiva temple in nalgonda. it has very beautiful backdrop history. Shiva temple founded by the lkshvaku dynasty between the 11th and 12th centuries. As per legend chaya Someswara swamy temple built by the cholas of kunduru.

The presiding deity in the temple is Lord Shiva. The other deities in the temple are Lord Vishnu and Lord Brahma. the temple is also called Trikutalayam with 3 Garbhagrihas on northern, eastern, and western sides and with a common mandapam on the southern side. Nalgona someswara Shadow temple got the name as it is believed that there is an everlasting shadow on Lord Shiva’s Lingam in the main temple, all day.

The temple got its name from its mystifying shadow or Chaya. The Chaya Someswara temple has spiritual significance, rich architecture, scientific glory and is a triggering point for scientific exploration.The mysterious shadow is the main reason which attracts a huge number of pilgrims to the temple. The Chaya that falls on the deity looks like a shadow of one of the pillars carved in front of the sacred chamber (Garbhagriha of Lord Shiva). 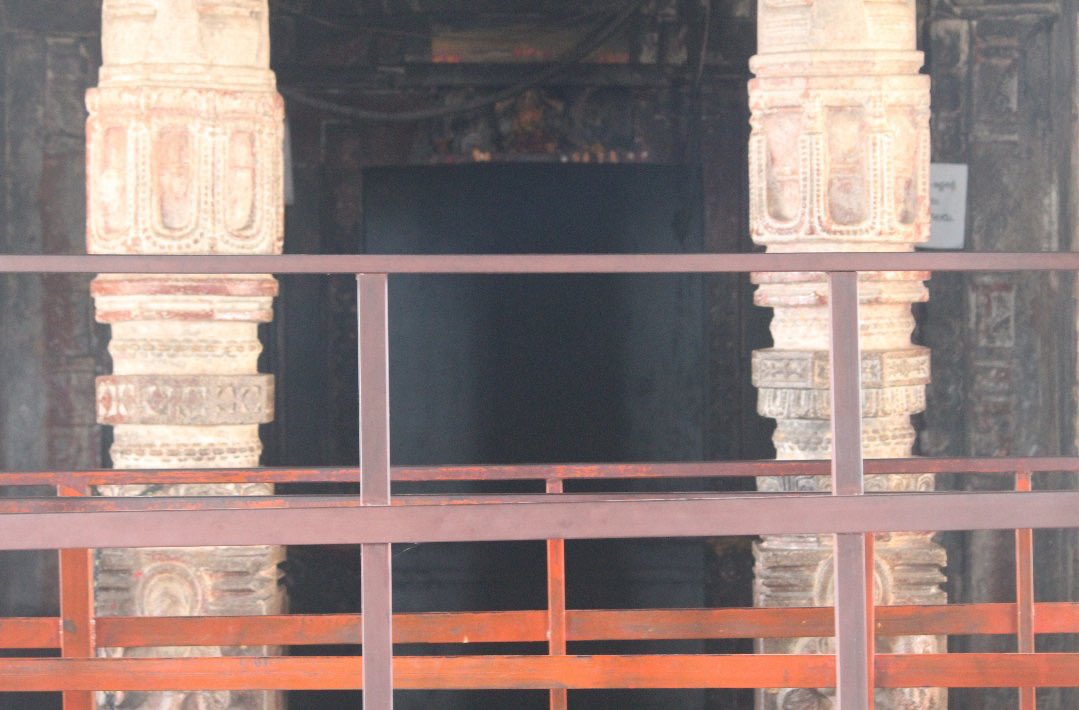 The Chaya someswara temple presents temple history as “From 1040 AD to 1290 AD Kundur Cholas ruled Panagal as their capital city and has their kingdom extended in Nalgonda, Mahabub Nagar and Khammam Districts. The Kundur Cholas have constructed a big tank Udaya Cheruvu during their rule and even now people of this region are benefitted of their efforts. There is one inscription found in the temple that has references to 1290 AD of Prataparudra of the Kakatiya dynasty. The temple has three Garbhagruhas famously referred as “Trikutalaya”. 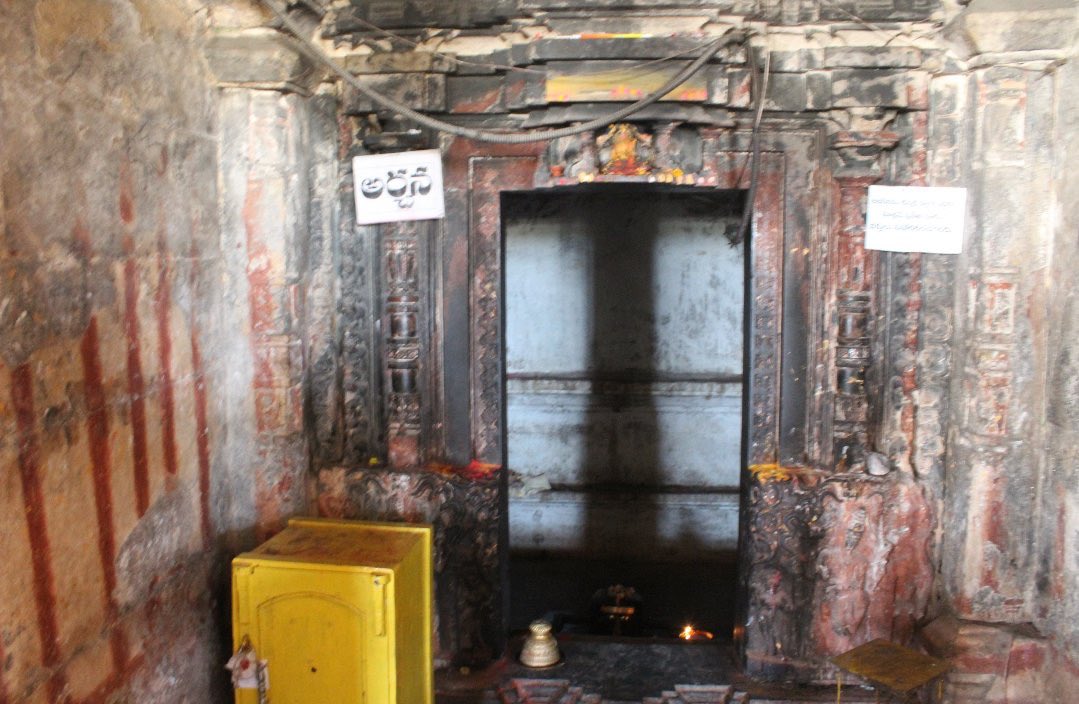 The Garbhagruha of east side has continuous shadow formation without any movement behind the Shivalinga. Because of this Shadow referred in Telugu as “Chaya”, this temple is called as Chaya Someswara. We can see many Kakatiya period sculpture styles in the temple.” It is an Ancient Temple that was built during the 11th and 12th century AD by “Ikshvaku Dynasty”. 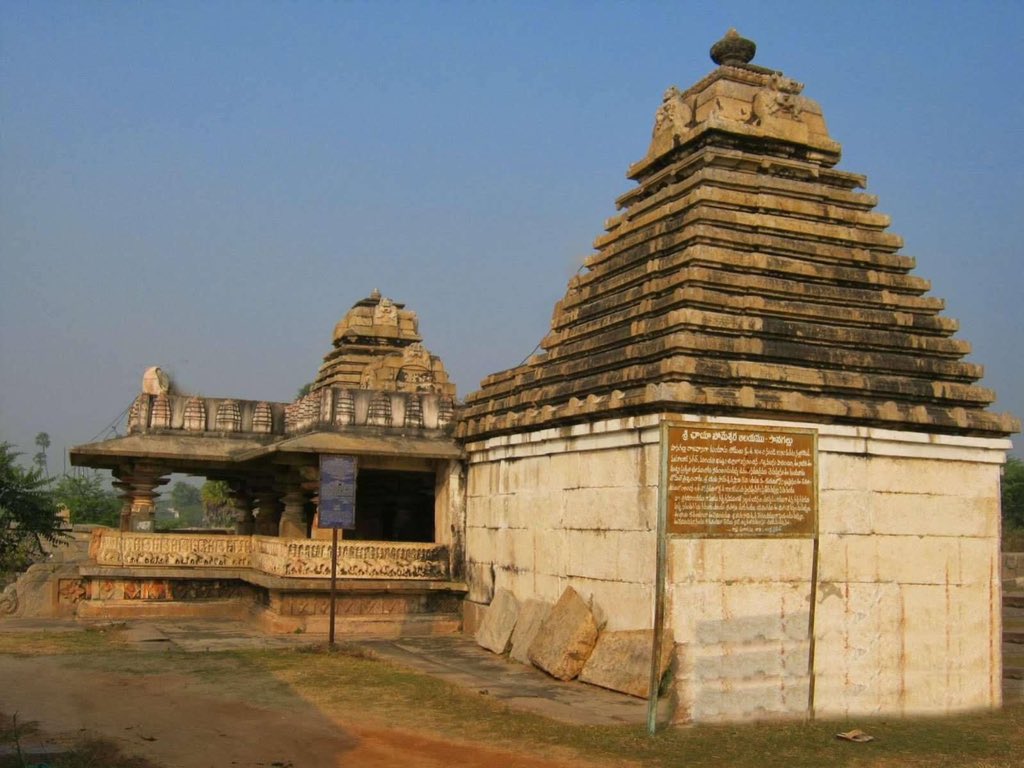 It later got ruled by Kunduru Cholas in 12th century AD, who ruled Nalgonda district, Khammam, and Mahabubnagar districts between 1040 AD and 1290 AD. The Panagal of Nalgonda was an important religious place during the Kakatiya period. There is an inscription that mentions the name of Kakatiya’s greatest king Pratap Rudra on Pachala Someswara temple supporting that these temples were erected for the greater glory of the Kakatiya ruler’s favorite god, Lord Shiva.

As in many Hindu temples, Lord Ganesha is seen at the entrance of this temple and on the other side is seen idol of Naga devatha. The walls and the pillars of the temple depict the epics from Ramayana and Mahabharata. The Chaya looks like a shadow of one of the pillars carved in front of the sacred chamber. But it is not actually the shadow of any pillar. 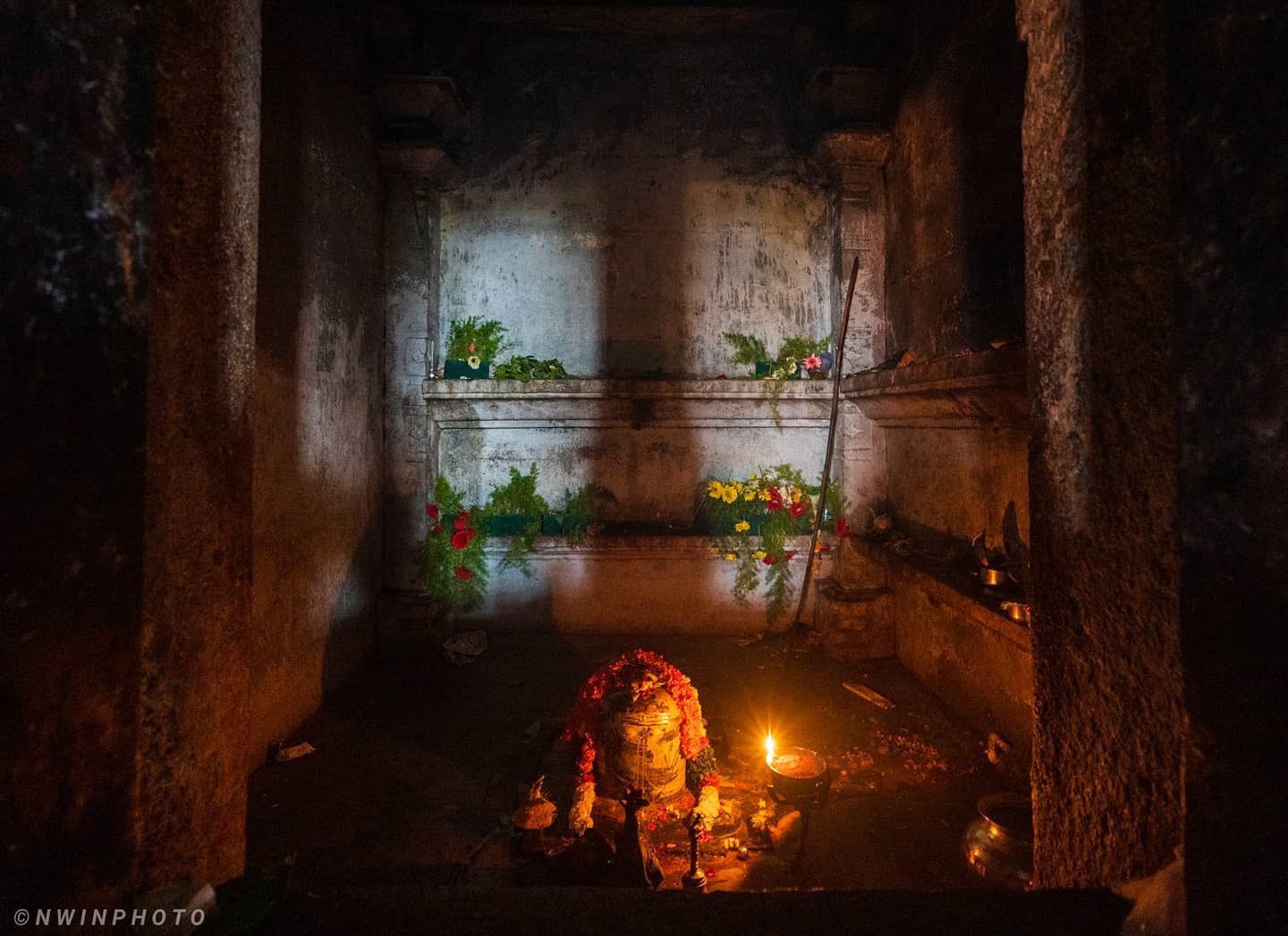 The dark area is formed by the reflection of light through multiple pillars placed in front of garbhagriha & the shadow is a consolidated shadow of those four pillars.The pillars in the temple are strategically placed so that the light falls at the same place throughout the day. This Marvel Built between d 11th-12th century, engineered by the Kunduru Cholas, testifies d fantastic creative thinking & scientific knowledge of its architects. 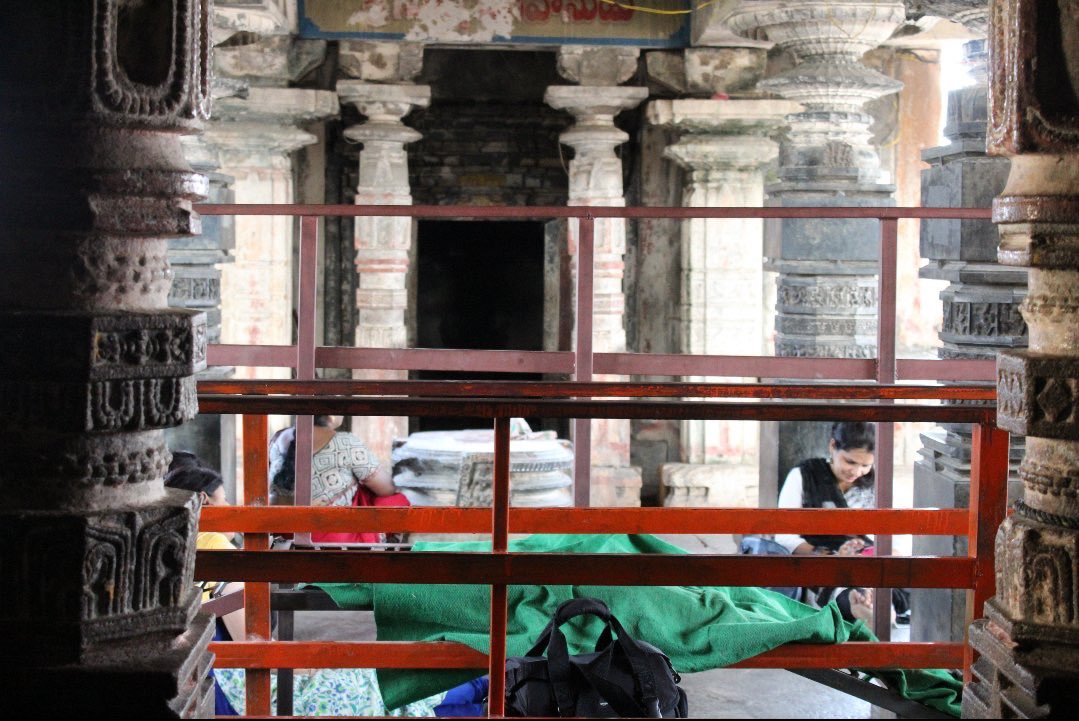 One of the temple’s Garbhagudis, in the west and facing east, of the Thrikutalayam always witnesses a shadow and this mystery attracts thousands of visitors to this Temple. There is Lord Vishnu temple on the right side of this Shiva temple, where one can notice their hand when waved standing in front of the deity, it splits into 5 shadow postures.

Chaya Someswara temple timings are from 6 AM to 8 PM on all days.

Chaya Someswara Swamy temple, Panagal is located at a distance of nearly 4 km from the district headquarters of Nalgonda. Near another temple Pachala Ramalingeshwara Temple lies 1.2 km from Sri Chaya Someshwara Temple in Panagal Village is another wonderful place that can be visited. Railway line, The railway lines are well connected from all the major cities of the country. Nalgonda is the nearest railway station which is around 2.1km away from the temple. The Nearest International Airport is at Hyderabad around 117km

Explore the stunning temple of Chaya Someshwara Swamy, located in Panagal village, Nalgonda district of Telangana. The temple derived its name from Chaya (Shadow), as it is believed that there is an everlasting shadow on Lord Shiva’s Lingam in the main temple. The sculptures and the architectural brilliance of this temple reflects the glorious reign of ancient dynasties. This temple was built during 11th &12th centuries by the Ikshvaku family.