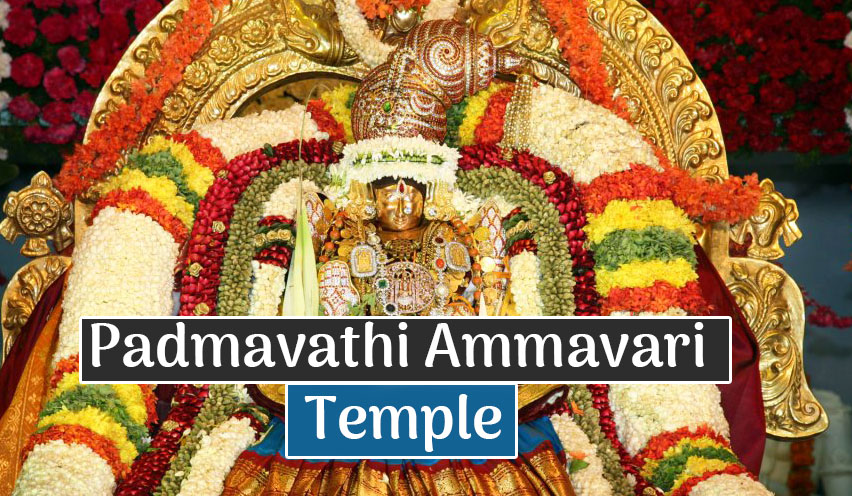 Padmavati is the cosmic force that regulates change. Change is said to be good or bad according to the impact it effects on an individual in a particular situation. This change is a part of the evolution in a specific design preordained and controlled by the supreme controller of the universe.

When the shell of an egg is broken or by losing her childhood, when a girl becomes a full blown maiden, the losses there are part of a greater design and scheme of things shaping. As a part of this grand design she eternally manifests herself in perishable forms like a new child, a new leaf or a new ripple in the ocean. Thus padmavati is the primordial force that rules the universe and potency that continually manifests. If the domain of action of padmavati is suspended the world would been static consisting either of the immortals or the dead.

The name Samsara would therefore, be a misnomer for the world. Over congestion in heaven and population control of the immortals would be a tougher task. Therefore, the human beings and other objects depend on her for their existence and growth. This manifestation of potency in some form ot other is creation and in this sense She is the true creator of the world and its objects.

Noe bestowed by Her grace the anonymous shapes and irriational signs would give us no meaningful individuality of any object or person. Any form what so ever that lacks this potency either to be an instrument for an action or be a depository of the cosmic energy is not recognisable as subsisting. Lakshmi is the inexhaustible fountain of the cosmic energy.

This potency passes on to big reservoirs i.e, Brahma or other Gods and demi gods which in them is inexhaustible and they draw furthur supply from his primordial source and the replenishing is readily maintained. Kamala Kamuka and Lakshmi and Vallabha are the names of visnu as counted in jayakhya samhita. It also emphasis’s that vishnu has to depend upon Her for bestowing grace on His devotees and desires very much to be attached to Her.

The vishnudharmottara 106.29 states that lakshmi’s abode is in the heart of vishnu. Vishnu Vaksasthale, This is also confirmed by jungiah stone inscription. There is no limit to which these god can draw upon the energy and therefore. these Gods sometimes are spoken of as creators or grantors of boons or guides guiding certain EVOLUTIONARY TRANSFORMATIONS. popularity of each god is therefore, in proportion to the facility and command one wields in drawing up this potency. Man therefore, approaches the deity in reasoned anticipation. Padmavati or lakshmi is a generic name applied to a whole class of female deities who represent personification of powers of nature in the eastern world especially in the Hindu and Buddhist. I

n the ramayana ravana asks sita — ‘ Who are you? Sri, or Lakshmi?’ Even sri sukta makes no diffrence between sri and and lakshmi. Originally references to Padmavati or Lakshmi are very ancient, Her influence is universal. It is not only the present era of money – centred economy that she enjoyed the top most reverence from all shades of believers but in the ancient ages too she was very popular. Sir Charies Eliot has rightly remarked “Lakshmi survives in the female genus and believed even by the Mohammadans tp preside over the cultivation of rice,”yes, Mahammadans too.

“A religion does not come in between a mother and her child. padmavathi is also known as padmasthita, dwelling in lotus, Padmanemi lotus exile, padmamalini, having a garland of lotus etc, padmavati recapitulates special in corn qualities, the genuine qualities of padma, the lotus. The lotus in Indian life represents a potency to create itself. The lotus blooms with sunrise and closes with the sunset.

it is the floating lotus leaf perceptibly without any base that was an instrument in deriving at the logical conclusion and salvaging the Earth by Mahavaraha, she is the goddess of wealth and affluence. The term Lakshmi is also used in the sense of fortune or the worldly possessio ns. An instrument that leads to worldly possessions is also called Lakshmi. She is kamala – kamadanta because she can fulfill all desires. Sri Sukta identifies Sri and Lakshmi and she is said to be Ardra – wet, nitya pusta – thrillingly nourished perpetually, karishani-abundant in fertility. in Bali ripe – rise is called Sridevi.

Vishnudharmottara says that she resides in kardama – soil fertile to create. Gonda is of the opinion that Lakshmi is the chief deity of the agriculturists and agricultural economy sometimes mother earth is also called lakshmi. She is always represented as surrounded by trees. santi parva says that Lakshmi has four facets – earth, water, fire and one part residing in human goodness. in another division she is named as sri bhu and lila. She is the central miracle of creating what we call production.

production or manufacture is mere transformation, say of milk into curd or timber into table but she is the master technician of real production that is, she does not depend upon the corresponding of raw material for the transformation. As the money value can be a potent consequence to derive at a transformation effected conjointly by material cause plus instrumental cause in the same way her desire to give a utility and shape transforms into an object. She is the presiding deity for producing new lives.

This production of new lives is attendant upon maintenance of lives not only by providing metabolic substances for bodily growth but also providing such other wealth and victuals that could keep up the body in tip top conditions. This maintenance of lives needs hundreds and thousands of miracles which she performs with confidence. The Ahirbudhniya samhita has defined padma a stage subsequent to Lakshmi who is omnipotent and does not need any assistance from any source. She is the totality of Vishnu’s potency.

Historically tracing Lakshmi coins are among the most ancient finds in India. Lakshmi is also found on the coins of jyestha Mitra of sunga dynasty. some of the Gajalakshmi coins are dated First Century B.c. by D.S.Sarkar. saka kings had also engraved Lakshmi on their coins.

In the Brahmajala sutta there is definite reference to the special procedure of worship for Lakshmi. The cosmic force that regulates change when controlled by Lakshmi is executed with perfect human controlled by Lakshmi is executed with perfect human, and loving sentiment instead of dry monotomy. The body of the devotee is glorified to retain and receive the godly grace of Lord to be bestowed by the spouse padmavati the effects may be disproportionate. Darshan of Padmavati therefore assures one of the fullest quantum as also the qualification of a devotee to retain such grace. Human being is the temporary manifestation of the Eternal spirit.

Survival ot human personality is not very important but the manifestation in the body modified or identified. individual existence is alwas connected with physical substratum. Well – being of this physical substratum is important to keep this soul scaling higher spirituality. the responsibility of the God, for the evils of the world is almost controlled and refashioned by padmavati by not allowing a being to live in unhappy conditions or environments and control and direct the functioning of the cells of mind to function in desirable direction only and give the control an undying expression through Her grace and She herself manifests in the devotee’s form.

10 Must Visit temple near Tirumala Tirupati