Mopidevi Temple Lord Subrahmanyeswara Swamy Temple is situated at a distance of nearly 70 km’s from Vijayawada in Andhra Pradesh. one of must visited temple in andhra pradesh. It is well connected by transport ways buses and trains from many parts of the country. Lord Subrahmanyeswara swamy temple Four Deva Rishis viz., Sankara, Sanakasa, Sanatkumara, and Sanatsujata are known for their un-wavering devotion and saintly knowledge. They are immoral and always appear at the age of five years to others. They remained so detached from the awareness of worldly matters that they remain naked without covering their bodies. Once, they came to Kailas, the abode of Lord Shiva to worship Him.

Lord Subrahmanyeswara did the penance in disguise, in the form of a snake for many years and successfully cleansed Himself of his folly. The place where Lord Subrahmanyeswara did penance later came to be known as ‘Mopidevi’. Performs special pooja in temple. Pujas for Rahu and Ketu are performed regularly at Mopidevi Temple. Rahu ketu pooja very specia. Devotees get tonsured as part of fulfilment of their vow. Some get their children’s ears bored to get relief from Sarpa Dosha. Kala sarpa dosha pooja performed in temple. Women who want children make a cradle with a new Saree and hang it on the sacred tree here. People who want to get married soon offer Pongal made of rice and jaggery as prasadam. People suffering from poor sight, ear ailments, skin diseases, lack of progeny due to previous births’ and misdeeds etc.

Many devotees visit the temple all through the year, especially for Annadaanam and “First Cut” for children. get relief by worshiping Lord Subrahmanyeswara in Mopidevi. This temple is best known for Sarpa Dosha Nivarana Puja and Rahu Ketu Puja in South India. Swayambhu Lord Subrahmanya in the form of Shiva Lingam is the presiding deity of this ancient temple and is called “The God of Snakes”. In particular, natives who are suffering from Sarpa dosha, Rahu-Ketu dosha and Anapathya Dosha worship of Mopidevi Sri Subrahmanyeswara Swamy will be highly beneficial.

How to Reach Mopidevi Temple

Mopidevi is in the Vijayawada-Avanigadda roadline. There are number of buses from Vijayawada to Avanigadda. APSRTC Provides special bus services for devotees. It takes around two hours from Vijayawada in bus via kankipadu, vuyyuru,pamarru and challapalli. Vijayawada-Nagayalanka buses also go through Mopidevi. Alternatively, share autos are available from Repalle railway station directly to Mopidevi temple. It takes hardly 20–30 minutes (since the penumudi bridge is opened in 2006). Andhra pradesh state government provides best facilities. This is the best option for those who prefer Train (Guntur/Tenali to Repalle) over bus.

Lord Subramanya Swami temple at Mopidevi village is at a distance of around 7 km from Avanigadda, 30 km from Machilipatnam, 70 km from Vijayawada and 77 km from Guntur city. 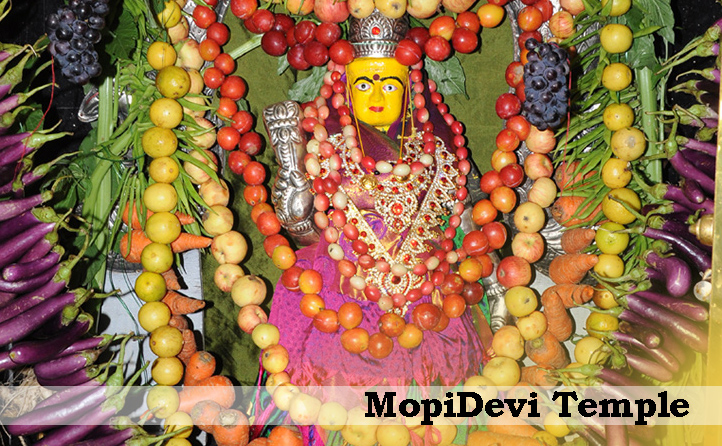 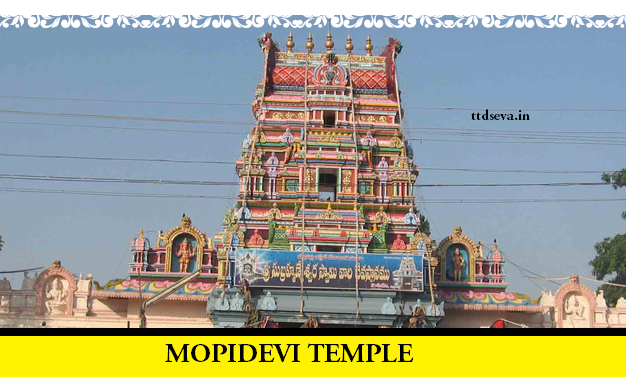 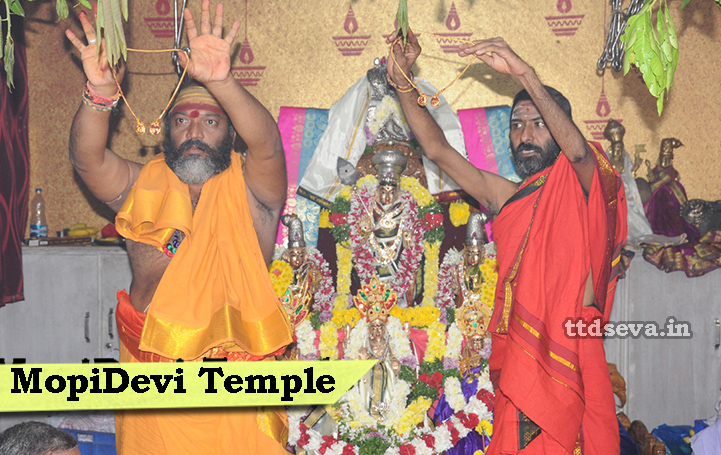 Mopidevi temple timings are mentioned in the following table just for reference.