Konark Sun Temple is famed all across the globe for its magnificent architecture design. Constructed during the rule of king Narasimhadeva, The Sun Temple was declared a UNESCO World heritage site in 1984. Konark sun temple situated in the eastern state Odisha. Konark Sun temple dedicated to the sun god.

Konark is meaning, combination of two words ( Kona + Arka ) Kona means Corner and Arka means Sun. so when combines it becomes Sun of the Corner. Temple has its own attractive shine, charm and uniqueness that makes tourists fall in love in with it completely. Famous Konark dance festival gets praises from all over, where amazing classical dance performances to visitors. Konark temple was also called “Black Pagoda” due to its colour. It was used as a navigational landmark by sailors during ancient times in Odisha. It is dedicated to sun god Surya. Eastern Ganga dynasty is credited for the construction of Konark temple.

It was built for sun god and follows the Kalinga and Orissa architectural style which is considered as a subset of Nagara style architecture. It is located on the Eastern shore of India. The massive structure of the Konark Sun Temple represents the glory of the Ganga dynasty. This structural, architectural, and sculptural marvel marks the greatest point of achievement of Kalinga architecture. temple was built by the King Narasimhadeva I hailing from the Eastern Ganga dynasty between 1238-1250 CE. The temple was commissioned by the king while Samantaraya Mahapatra was the one in charge of its construction. ‘Konark’ means the sun and the four corners. 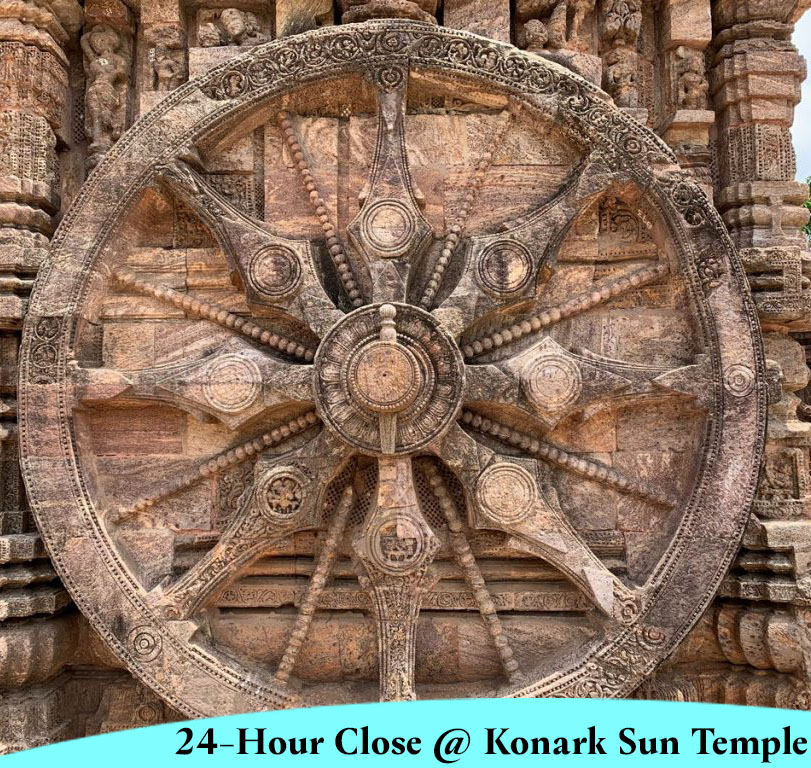 The temple was called Black Pagoda attributing to its dark facade by the Europeans who used it for navigation for their ships. It is said that the temple could draw ships to the shore due to its magnetic powers. Temple chariot has been sculptured as if mounted on two rows of twelve wheels, each wheel is about 10 feet high, and drawn by seven horses. It is said that the wheels represent the twenty-four hours in a day or the twelve months in a year and the seven horses represent the seven days of the week. The main attraction of this temple is 24 wheels which are carved at the base of the temple. The design is geometric. 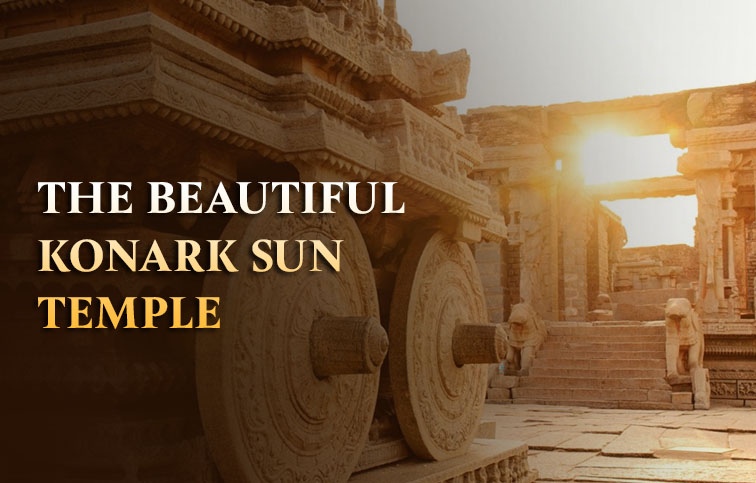 LEGENDS : Odisha is land of many amazing places. Odisha has four different khetras or regions. Legend says that after killing the demon Gyasur, Lord Vishnu placed his four Ayudhas, things that he holds in his four hands, at several places to commemorate the victory. He placed the Sankha(conch) at Puri, Chakra(disc) at Bhubaneshwar, Gada(mace) at Jajpur and Padma(lotus) at Konark. So Konark is also known as Padma khetra.

Many other attractions near Sun Temple. Konark is an exceptional mixture of marvelous temple architecture, heritage, exotic beach and salient natural beauty. The large structure of Konark Temple seen today is actually the Jagamohana (also known as Assembly hall, Audience hall or Mukhasala) of the temple. The main temple tower which enshrined the presiding deity has fallen off and only the remains can be seen.

Story: According to myths, its renowned Sun Temple devoted to Sun God materialized after Lord Krishna cursed his own son Samba with leprosy. When Lord couldn’t bear to see him in this condition, he asked Samba to start offering prayers to Sun God as only he could heal his disease and bring end to the curse. The boy nodded to the advice and decided to spend all his time worshipping God Surya. He had done severe penance for almost 12 years impressing Sun God by his determination who thus blessed him with good health. Therefore, Samba constructed the Sun Temple as a sign of respect to the Sun God.

Konark Sun Temple on India Currency Note. One of the beautifully carved chariot wheels of the Konark Sun Temple has been featured in the rupee ten denomination banknote announced by the Reserve Bank of India in January 2018, depicting India’s unparalleled cultural heritage.

Mayadevi Temple: Discovered in 1909 during the excavations, it lies to the west of the Sun temple. An important temple in the complex this is dedicated to Mayadevi – the wife of Surya, the temple is older than the Sun temple built around the 11th century. Its sanctum houses a Nataraja, and other chambers of the temple have idols of Surya with Vishnu, Vayu, Agni. The temple was considered by some as another temple made to worship sun god but a few believe that it was dedicated to the wife of Surya.