Architecture: This temple is dedicated to Lord Sri Mallikarjuna swamy, a fierce looking diety along with Kethamma and Medalamma on the both sides of the main diety. The temple is located in a cave on a small hillock at a distance of 110 Kms from warangal. Lakhs of piligrims congregate on the eve of Makara Sankranthi as Brahmotsavam starts. The clay moulded diety of Lord Mallikarjuna swamy is believed to be made 500 years ago. The temple is renovated and mandapamas and choultries etc., are constructed by Endowments Department. The ‘pedda patnam’ celebrated on Maha Sivaratri day attract pilgrims in lakhs. It is located at a distance of 85 kms from the state capital on Karimnagar – Hyderabad – Highway (Rajiv Rahadari). People also calls him as “Komuravelli Mallanna”, this temple is one of the famous temple in Telangana Region.

The Komuravelli Mallanna temple devotes to the main deity Lord Shiva. Lord Mallanna, along with his consorts Goddess Medallamma, Goddess Kethamma, Goddess Ganga, and Goddess Parvathi idols, dwells here. Lord Shiva is in a statue and not in the usual form of linga. 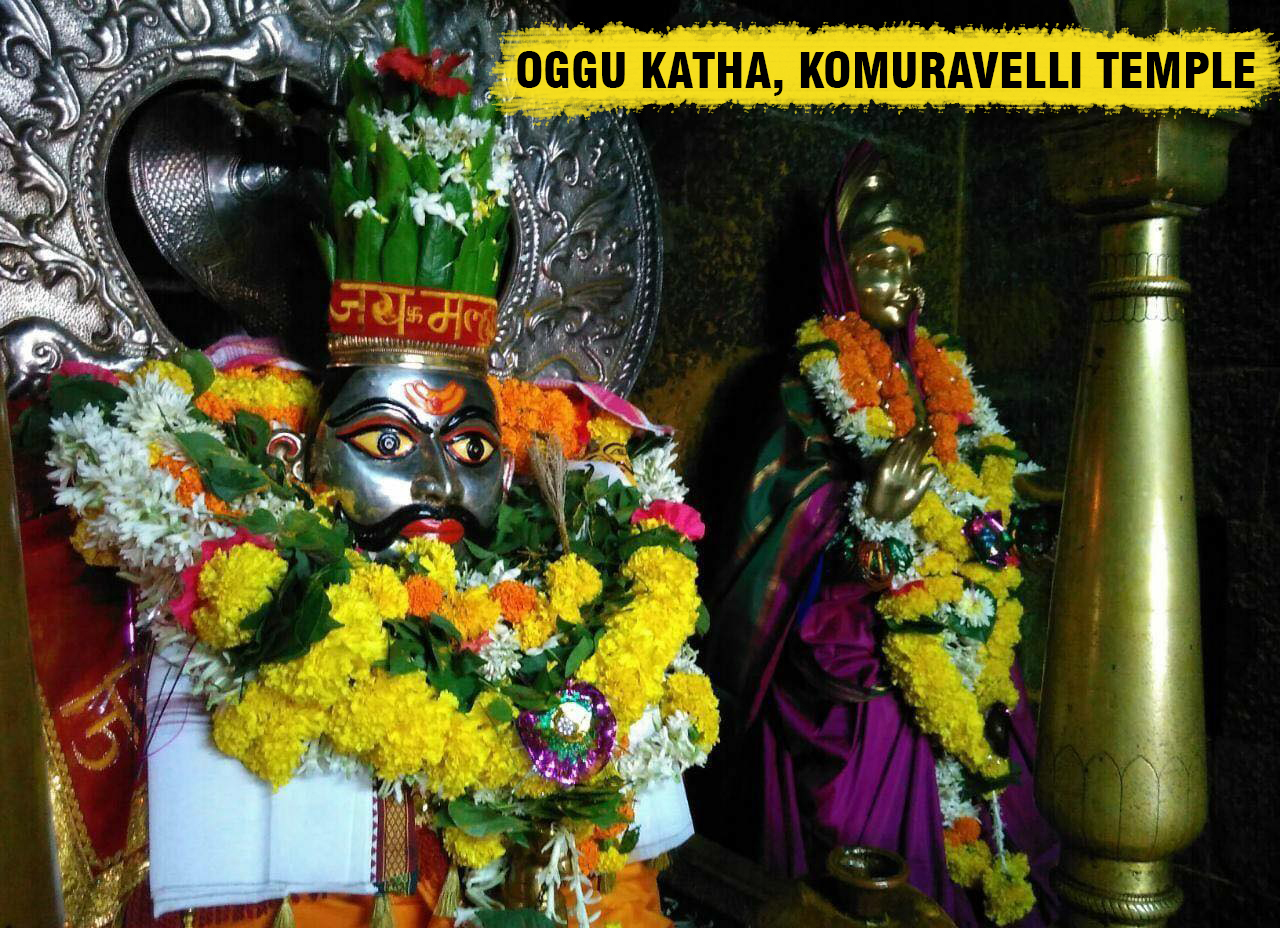 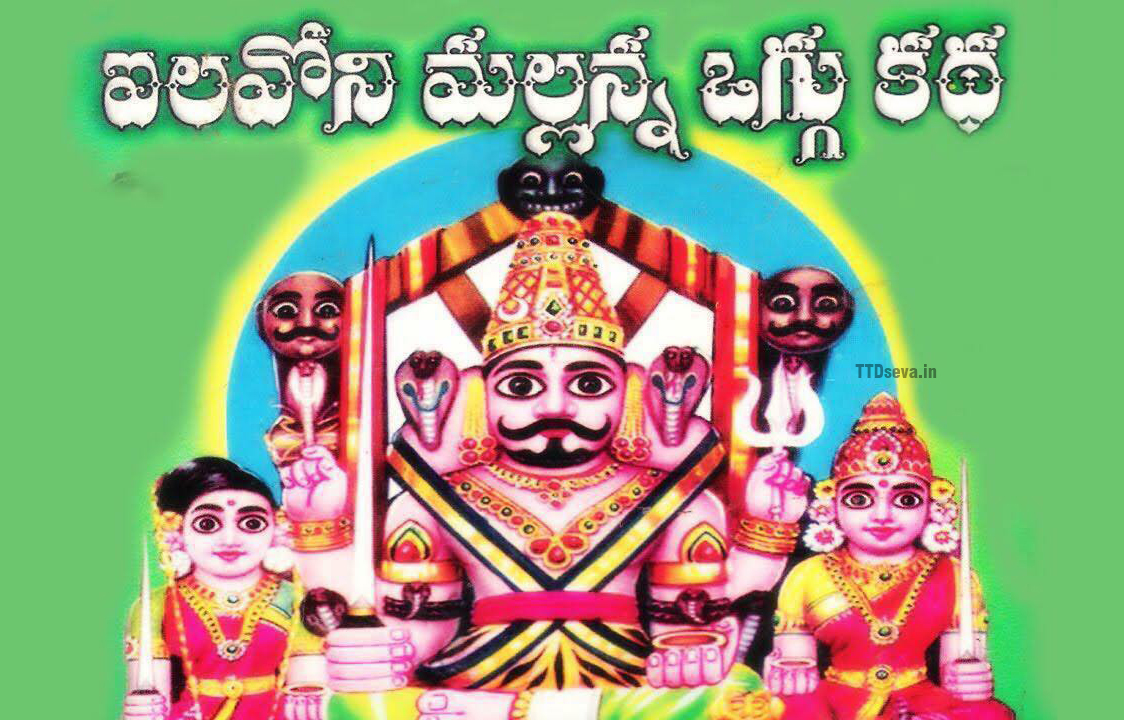 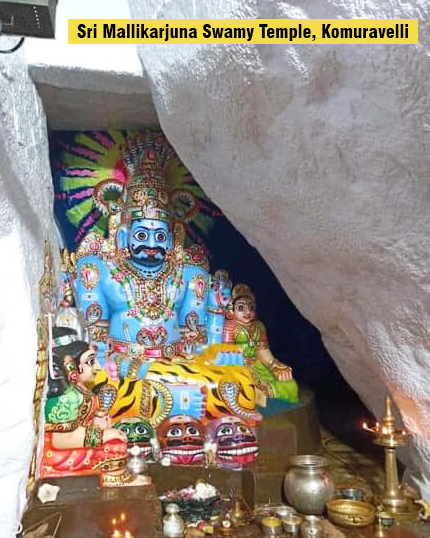 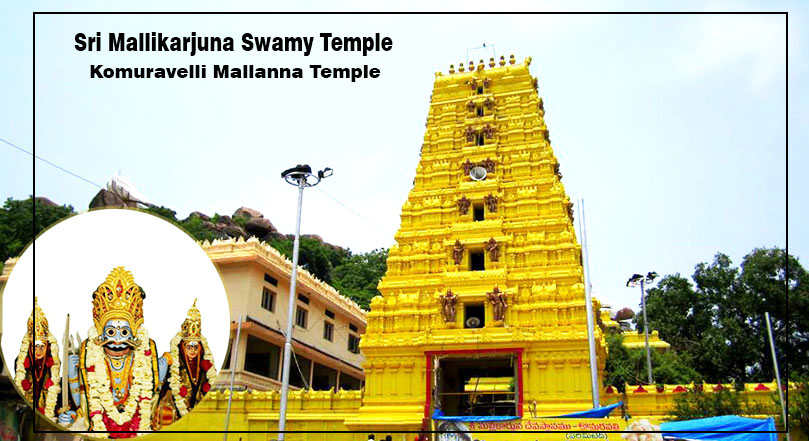 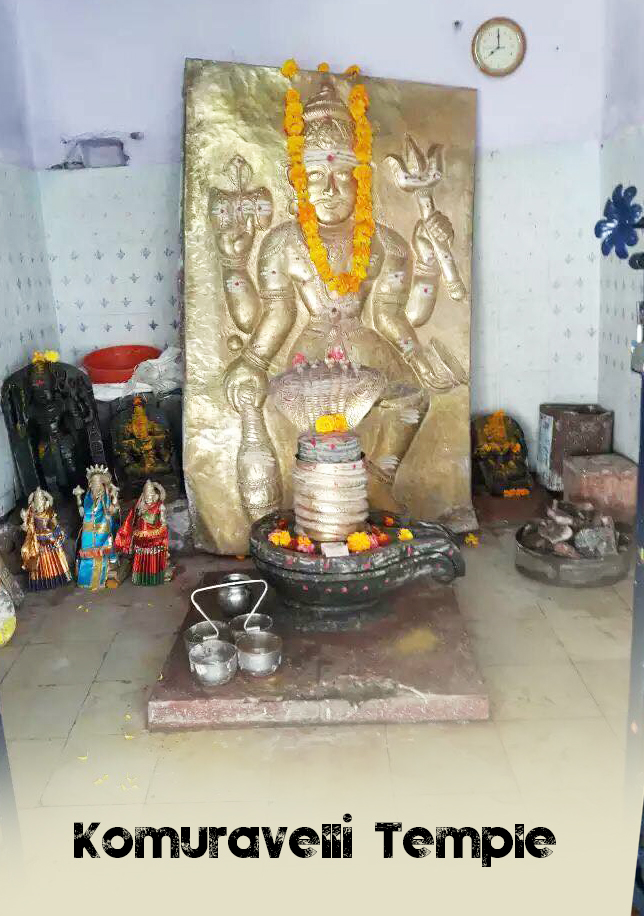 The deity Mallikarjuna Swamy is 8 ft height and located in a cave on a small hillock. Lord Mallanna at this temple is in blue with four arms, and also has a big mustache. The upper two hands hold the serpent and trident, whereas the lower two hands hold a bowl and stick. Komuravelli Mallanna Images portray the aggressive appearance with the description as given above.

History: Mallanna Oggu Katha states the incarnation and the life of Mallanna. Oggu Katha is the musical rendition of Komuravelli Mallanna temple history. People at this place narrate the Oggu Katha. They describe how Lord Mallanna got married to Medallamma, also known as Goddess Bramarambika. According to Oggu Katha, Lord Shiva has to fulfill the wishes of two brothers of Medallamma for marrying her.

By Road: The state transport buses and private vehicles connect to the different parts of the state. It is 100 kms from capital Hyderabad.

By Rail: Nearest railway station is Wadiaram Railway station (WDR) which is at a distance of 64 km and can be reached by both public as well private vehicles.

By Air: Nearest airport is Rajiv Gandhi International Airport (HYD) , Hyderabad which is at a distance of 147 km.