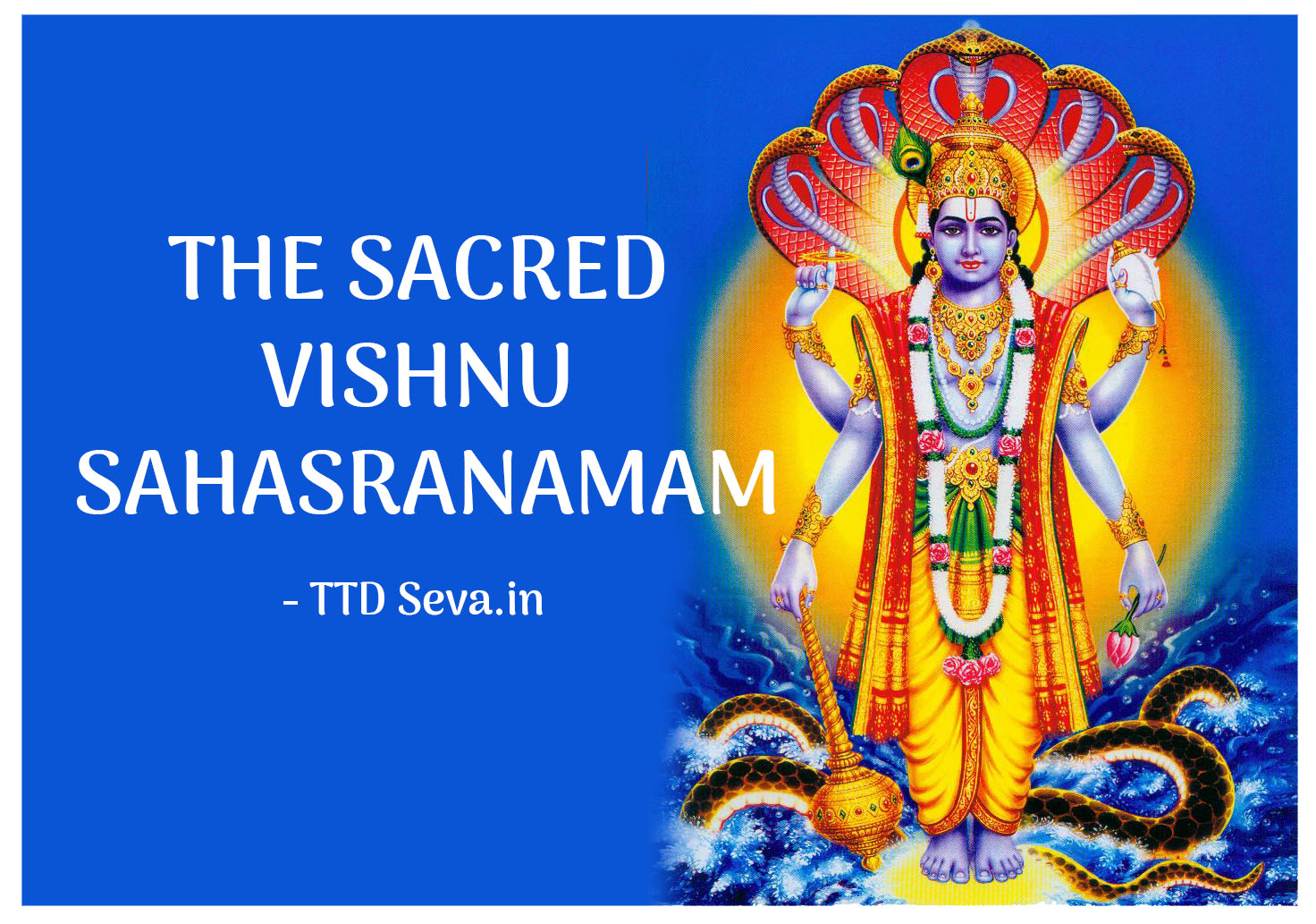 Reciting the name of the Lord is said to be the easiest way of attaining him. Ancient scriptures have laid down margas for attaining the lord which are suitable for various eras in the evolution of the world. The lord was realized and attained by meditation in the krita yuga, by performing sacrifices in the treata yuga and by performing worship in the dwapara yuga. In the kali yuga, the Lord is attained by mere recitation of his name. Nama-sankirtan is the easiest means towards god-realization as it does not require control of senses, money or help from others. Even in the mad rush of modern living one can constantly recite the Lord’s praise while commuting to work, doing household chores and while composing the mind to sleep.

Reciting Lord’s name compels him to manifest himself. The lord is said to be “Stuthi stotharana priyaha” i.e., he is enormously pleased when devotees sing his praise. The charitras of Gajendra, prahlada, draupadi are moving portrayals of potency of prayer which brought the lord to their aid. In the Ramayana, Sri Hanuman shines among the mahatmas portrayed in the epic like an illustrious gem mounted on the pendent of a beautiful ornament. Each of the characters depicts immense love and devotion to the lord. Hanuma outshines all of them and performed treats that are practically impossible, like leaping over the mighty ocean and lifting the sanjeevani hills. This enormous power was attained by reciting the Lord’s name incessantly. Sri Rama himself had to build a bridge to cross the ocean. The Lord’s name is thus more powerful than the lord himself.

Sage Valmiki was a hunter who made a living by killing animals. He received upadesa of Rama Namam and turned into a saint whose epic verses Ramayana will continue to be chanted by bhaktas for all times to come.

In any sedhana, it is very essential to closely follow our Acharyas and adhere to the path shown by them. Among religious texts, Mahabharata, bhagavad Gita and Vishnu sahasranamam which are all works of sage veda vyasa enjoy undisputed authority and are studied with great devotional fervor. Sage veda vyasa is reversed as an amsa of Sri Maha Vishnu himself. (Vyasaya Vishnu rupaya vyasa rupaya vishnave).

Amongst the works of sage Vyasa, Vishnu saharanamam is the most popular work which forms part of nithya anushtana for hindhus all over the world. Elders at home and great Acharyas recommend daily recitation of Sahasranamam as a ‘raksha’ that protects us from all evil in the mortal world and as the easiest means to attain the lord and find eternal peace.

The sanctity and special significance of Vishnu sahasranamam is due to the following reasons.

Bhishma introduced the thousand names by saying that he considered this as highest among the dharmas and his creed of faith. The Lord Sriman Narayana is

Sriman narayana is the illustrious one, even the sun shines with light borrowed from him. He is the supreme almighty who is ruler of all. He ia omnipotent. His auspicious attributes are limitless.

Said bhishma “hear from me the thousand names which remove sins and drive away fear-of that Vishnu, lord of the universe ruler of the world”.

The Bhagavad Gita and the sahasranamam were both given as upadesa in the battlefield and retold by sage vyasa as parts of Mahabharata. The bhagavad gita is sacred as it flowed out of the lord’s own mouth. The gita is wisdom in a nutshell. Attaining wisdom is impossible without studying Gita. Says thirumazhisai azhwar,

The Gita has been interpreted by countless saints of various schools of philosophy. The speciality of sahasranamam is that it was recited by bhishma to yudishtira while Sri Krishna himself listened to it and was retold by vyasa. It is varying easy to learn by heart, especially with srimath M.S Subbalakshmi’s very popular recital available in the form of audio records. There are many authoritative commentaries to it. Adi sankara’s commentary is the earliest known. In his Bhaja Govindam stotra, sri sankara places sahasranamam on par with the gita. (geyam gita nama sahasram). Gita has to be understood and meditated upon. It has to be assimilated and practiced. What is said in the sahasranamam has to be only recited to attain the lord. Sri ramanuja instructed his principle disciple parasara bhattar to write a detailed commentary to Vishnu sahasranamam which is in tune with the sri vaishnava philosophy. It is known as bhagavad gana-darpana.

There are nearly 1030 names in the verse. The commentators take some of the successive names together as one. Therefore the total comes to thousand. In this coupling of names to explain, there are different between adi sankara’s and bhattar’s approach. There are 960 names in single words (Bvisvam,vishnur), 6 names which can be taken as single or two together (havir,harih), 30 eka-names which are made by more than one word(mukthanam parama gatih).

Reciting the thousand names of the lord has been the sadhana performed by all our acharyas and the azhwars. There are many references to this in the verses of the azhwars. Periyazhwar who sang the thirupallandu to the lord invites all bhagavatas to join him in reciting the sahasranamam.

Reciting sahasranamam is beneficial by itself. Yet to derive the full aesthetic appreciation and benefit, its recitation should be done with understanding of the meaning each name by studying the commentaries.

The specialty of Vishnu sahasranamam is that it can be learn and recited by all without any discrimination based on caste or breed. The sacred name of sriman narayana recited as sahasranamam is very sweet to ear and gives relief from the three-fold shadows, from all fears and serious diseases. It gives happiness and eternal peace.