Hanuman temples in india lord anjaneya, hanuman is the reincarnation of lord shiva and cult devotte of sri rama. monkey avathar hanuman worshiped by villagers as guardian. check out hanuman temples in india tallest hanman temple paritala anjaneya lord hanuman india and Jakhu temple is one of the most famous temple. Lord Hanuman took the Panchamukhi form in Pathala loka in order to protect Lord Rama and Lakshman.

The pancha mukha hanuman is rare idol of Hanuman and there are very few Panchamukhi Hanuman Temples in India, As one of the Chiranjivi he is also mentioned in several other texts, including Mahabharata, the various Puranas and some Jain texts.live long no death. in history Vanara Monkey participated Rama’s war against the King ravana. as per myth stories He is the son of Anjana and Kesari, and is also described as the son of the wind-God Pawan. Hanuman is mentioned as an avatar of Shiva or Rudra in the Sanskrit texts like the Mahabhagvata Purana, the Skanda Purana, the Brhaddharma Purana and the Mahanataka among others.

Story About Hanuma, Hanuman was born to the Benaras. His mother Anjana was an apsara who was born on earth due to a curse. She was redeemed from this curse on giving birth to a son. The Valmiki Ramayana states that his father Kesari was the son of Rahu and was he was the King of a place named Sumeru. Lord Hanuman is often considered as the symbol of knowledge, devotion, valor, courage, strength, and humbleness and dedication to virtue.

Hanuman Mandir at Sangam also known as Bade Hanuman Ji Temple is a very unique temple and the only temple in India where Lord Hanumanji is seen in a recline posture.

The oldest temple founded by Shri Prembhikshuji Maharaj during the year 1963-64, the Bala Hanuman Temple is located on the southeasterly side of Ranmal Lake (Lakhota Lake) in Jamnagar, Gujarat.

Sri Bade Hanuman Mandir is located pretty close to the Allahabad Fort and is one among the most visited temples in Allahabad. Devotees who visit the temple get to witness something unique statue.

Touted as the home of the world’s tallest Hanuman statue, the Paritala Anjaneya Swami Temple is located in the Paritala village in the southern state of Andhra Pradesh with 41 meters 135 feets tall majestic statue.

Sri Tadbund Veeranjaneya Swamy temple is an old Hindu temple located in Sikh Village in Secunderabad. It is very popular with the devotees of Lord Hanuman.

Sri Ranganathaswamy temple is a 400 year old Vaishnavite temple dedicated to Lord Ranganatha, a form of the Hindu god Vishnu, which is located at Jiyaguda in Hyderabad., JIYAGUDA near Mallanna temple, Hyderabad 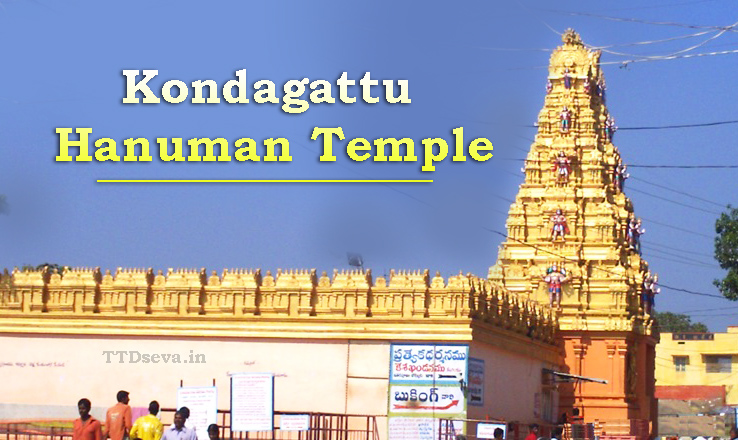 Karmanghat Hanuman Temple is biggest temple in Hyderabad, if u checking Hanuman temples in Hyderabad you can find #1 place karmanghat Anjaneya temple. story behind karmanghat temple according to the legend, when a Kakatiya ruler who was hunting after some time in the forest, felt tired and sat down to take rest under a tree. While resting, the king heard someone chanting the name of Lord Rama, the king got interested and went around trying to find who it was and as he walked further deep into the forest, he discovered an idol of Lord Hanuman. The stone idol was in a sitting posture and the voice was coming from within the vigraham. Having paid his respects, the humble king returned to his capital, and that very night, Lord Hanuman appeared in his dream and asked the king to construct a temple.