The significance of the elephant-carrier in her temple paraphernalia can also be gauged from the fact that the ‘Dhwaja Patam’ hoisted atop the temple flag post during Dhwajarohanam too bears the image of an elephant. Airawatham decorated with Red carpet, Very designed fabric work, chamki on it. As part of the ongoing Lord Venkateswara Brahmotsavams, ‘Gaja Vahana Seva’ was performed when the deity was mounted atop a gold-gilded elephants and taken around in a procession around Tirumala.

The Tirumala Tirupati Srivari Brahmotsavam or the annual festival is celebrated in Tirumala for nine days, eye feast for devotees when the sun enters Kanya Rasi from “Aswayuja Shuddha Padyami” to “Aswayuja Shuddha Dasami” during September – October months. Brahmotsavalu starts. This Gaja Vahana seva Utsavam is said to have been first celebrated in front of lacks of devotees. Every morning and evening ‘Utsavamurtis’ are taken round the temple on different “Vahanams” (vehicles) decorated in varied raiments, flowers glittering ornaments etc. 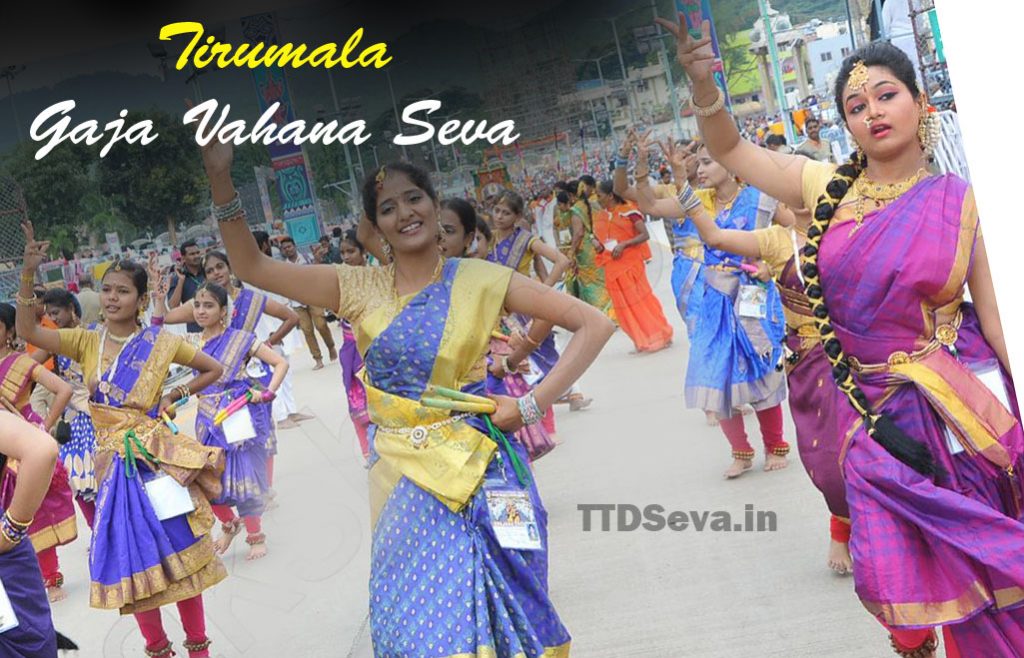 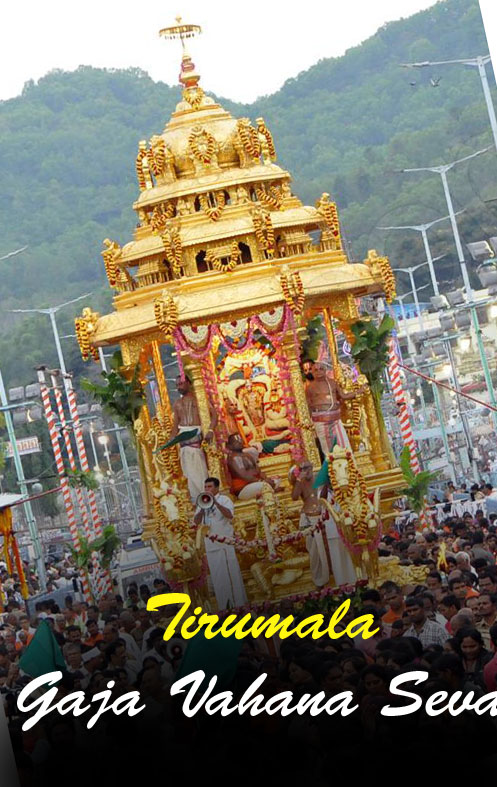 On Brahmotsavalu Gaja vahanam seva performed on the Sixth day. Hanumad Vahana seva carried a vehicle, the lord is carried on the sixth day morning, devotees believe that they are indeed blessed if they catch Glimpse the lord hanuman Vahana, Unjal sev. On this special auspicious day, Lord Venkateswara swami mounted on the Gaja Vahana took in a procession. Suvarna Ratharanga dolotsavam also celebrated on the Sixth day of Brahmotsavalu.

For more information, Stay tuned TTD Seva Online. Subscribe us. if u have any questions, please comment below. Our team will be resolved shortly.