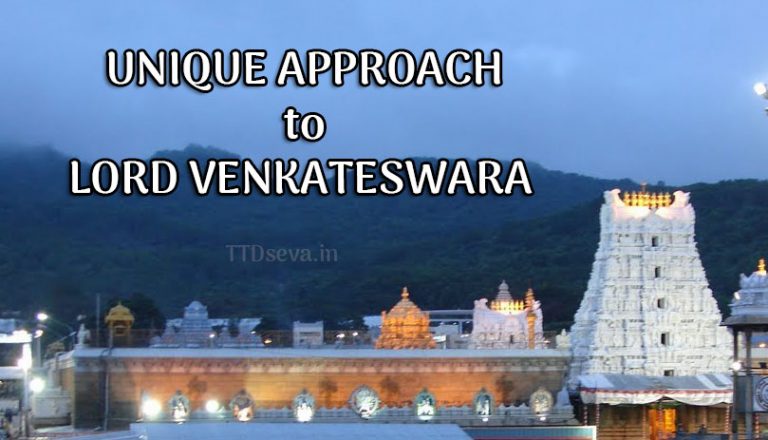 Ever since the Alwars initiated the Bhakti Movement in the sixth century A.D., there have been varied approaches to worshipping the Divine as Narayana. The Alwars were always face to face with the Divine and spoke in a accents of utter closeness. One of the approaches was humour, for our Lord is an image of Ananda and welcomes joy and laughter. This element has had several facets, one of them being ninda stuti. A masterpiece of ninda stuti in Sanskrit is Venkatadhri Kavi’s Viswagunadarsa in the Champu meter.

Venkatadhri was born in Arasanippalai, a village near Kanchipuram. This remarkable scholar in the Vedas and satras lived in the 17th century and is said to be a descendent of Appullar, the acharya of Vedanta Desika. Among his creative works are Lakshmi Saharam and Hastigiri Champu. Viswagunadarsa is more than a ninda stuti. It is also a social document of his times.

The outline of the work is simple enough. The gandharvas travel to various parts of the country. Krisanu is a pessimist and sees only the darker side; Viswawasu, the optimist restores the balance with his pious and clear outlook. We being the journey at Badrikashram and conclude at Rameshwaram. While travelling in their aerial chariot, the two gandharvas go past Karnataka. Suddenly there appears before them the high mountain of venkata. Viswawasu is delighted,folds his palms in salutations and sings:

“Surrender unto this Seshasaila, the abode for the pleasant games of Srinivasa, who guards his serviteurs.

This mountain has scent-spreading Sal trees, Mango groves, teak and other greenery.

Great sages pray that they be born on this mountain as snakes or trees, birds, big tigers, or as deer, as stones or creepers or caves or water falls that rush down. May my mind for every rest in my Lord who is the essence of scriptures, The one guardian of the world, the player on sesha hill, one who holds Lakshmi close to his heart, he who is near the mind of devotees, the immense, the unchanging, the eternal. ”

Viswaswasu waxes eloquent while looking down from the aerial chariot for it appears an inexplicable wonderment that the brilliance of Vaikunta has left that heavenly abode to stay here with lakshmi. As he tries to meditate upon Venkateswara who is seen with lakshmi and gives shoreless.joy to the good people of the world, Krisanu makes fun of him, and we get the full force of a ninda stuti addressed to the Lord:

“Alas! Why do you meditate upon this Lord who always has his eye on money?

People pray to him: ‘Fulfill our wishes. We will make offerings’. In case their desires are fulfilled and they forget to make the promised offering, this god frightens them and gets his money along with interest!

Oh dear, people praise this Lord as the world’s guardian though in truth he felt thirsty once and asked someone for water. Another time someone dug a lake on the hill, and this god went about carrying the mud. Someone made a garland of mud and this god put it on his head. Yet, people meditate upon this Lord”.

Viswawasu is irritated. But instead of getting angry, he replies with great calm that the Lord involves himself in ordinary work like carrying baskets of mud and asking for a tumbler of water to make men follow his ways of utter simplicity. A true Vaishnava should not stand upon status! As for the matter regarding offerings, this is the same as Krishna accepting a handful of puffed rice from kuchela. The offering is a token of love and faith. Kuchela gave a token and received illimitable wealth. How can Venkateswara be money-mad when he lacks northing?

“Venkateswara’s wife is Lakshmi herself. His residence is the thousand-rayed sun, verily the rays of wealth; his brother-in-law is the moon; his father-in-law is the ocean which is the treasure-trove of gems. You better understand that his taking money is to give it back in manifold terms”.

Viswawasu waxes eloquent as he enumerates the glorious qualities of Srinivasa. He is the one who can destroy all our sinful past. As an ocean of all-auspicious qualities, how can he be described in mere human terms?

“Sri venkatesa is the resting place of noble qualities. The throne of greatness; the lake into which pours the stream of brilliances; he is the dawn for lotuses of goodness; the ocean of waves that symbolize compassion; erily the vast ground where human capabilities and charity are in play. Where is the human being who does not get tired listing the Lord’s glories (as one can never complete such a list)’.

Further on, Viswawasu says that Venkateswara has the quality of saulabhya (generosity of understanding) which is verily like the scent of a golden lotus. Srinivasa is indeed the ornament of the Venkata hill. Here contraries merge and human retardations cease to be. This is the place where the dumb can recite prayers and are listened to by the deaf. One who has no hands yet writes down the verses with great sincerity. The blind person watches this wonder with great astonishment. The lame person speedily walks up to the crest of the hill, such is his aspiration and anxiety! The childless women becomes a mother too and there is happiness every where!

As the aerial chariot hangs in the air from above, the vast forests of venkatadri inspires Viswawasu to poetic eloquence. When Krisanu indicates his fright regarding the dark caves in the mountain ranges, Viswawasu calms him down. Of course nature is red in tooth and claw but that is part of the terribilita of the Lord whose glory encompasses everything which finally leads to unbounding joy. It is inexplicable, but there it is:

“Look upon the good things in these forests. With absolutely no effort, one gets fruits that can do honour to a royal feast. Without engaging in any toil, one can gather flowers that please even queens Wonder! Here are houses built of stone that have never seen the sun, because of the thick foliage. The good fortune of those who live in these woods is beyond description.

In this Seshachala, the lions that are in the caves tear apart the forehead of elephants. One can see pearls from the torn foreheads of elephants strewn all over the place. Women decorate themselves with the pearls. The hunters live happily with these women”.

As they watch the forest ranges, the aerial chariot is on the move and presently it goes towards the Narasimha temple of Ghatikachalam. But the two gandharvas remain very much in our consciousness. Viswawasu for his devotion laden clarity of outlook and krisanu for his critical acumen. Yes, criticism is also welcome for Lord. Had he not withstood innumerable barbs down the ages? But the Lord has always smiled enigmatically, played his flute in the gardens of Brindavan and spread his magnificent smile while looking at us standing under the Ananda Vimana in Tirumala. The land where he has come to stay is blessed. So are we, who have been permitted to draw close to him through personal worship, poetry, and utsavas that proclaim the Nithya kalyana of Alarmelmanga Thayar and Sri Venkateswara.